TWICE has truly become mainstream since the group randomly appeared on an exam paper.

One of the questions included on an exam paper includes a small portion of the lyrics to “TT”.

Take a look at a question on an exam paper where TWICE has been included: 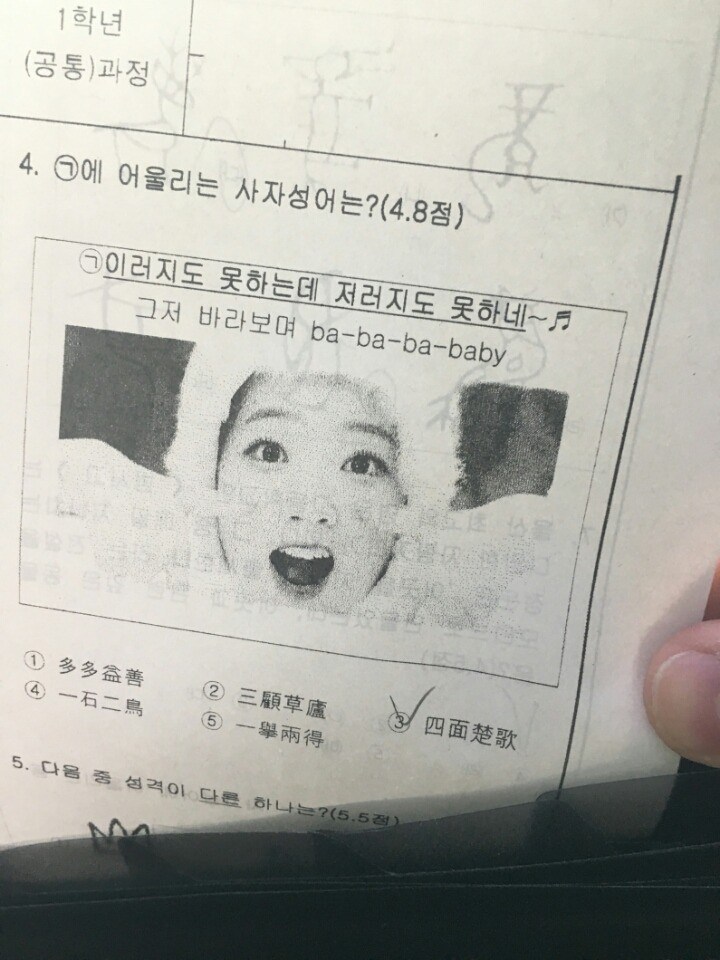