So with 2018 now officially over, JYPE supergroup TWICE shows no signs of hitting the breaks on the “success train” started with 2016’s viral hit “Cheer Up”. 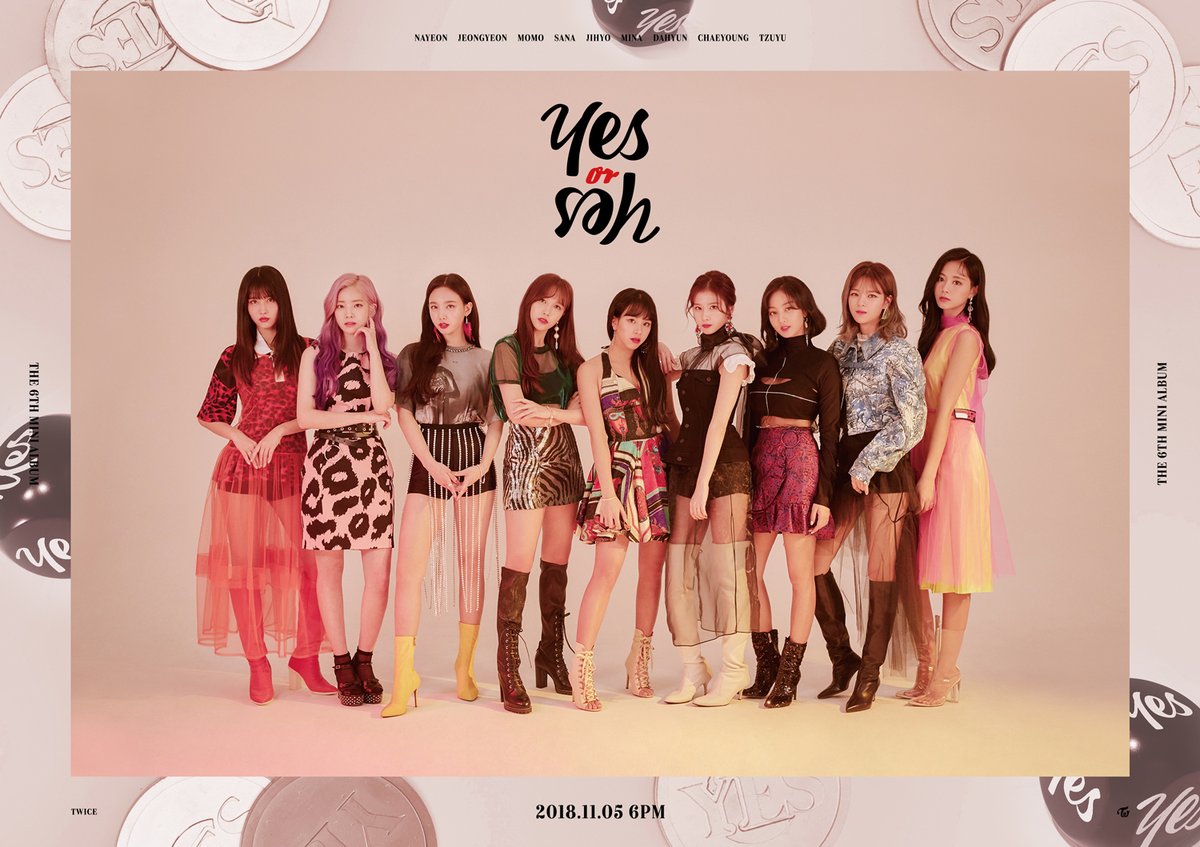 With the influx of new buzz-worthy girl groups coming almost daily, it’s easy to think that TWICE’s time at being the “Queens of K-pop” is coming to an end. While no doubt the upcoming girl groups from both YG and SM will give TWICE significant competition, TWICE will likely reign supreme at the end of the day.

TWICE has gotten to the point where they’re breaking records set by themselves (such as dominating all five slots in Hanteo’s highest first week sales of all time for girl groups), and have showed no signs of stopping.

2018 has been a great year for the group. For a girl group to consistently be selling the amount of albums most boy groups could only dream of, TWICE has consistently been a success with both the general public and K-pop fans since “shyshyshy” mania overtook Asia.

In 2018, the group released the following albums:

Looking at their sales numbers, one can see that the group’s retention rate over the past two years has been stellar – something very rare for a “veteran” group.

Especially for a girl group, where usually their general public notoriety is significantly larger than their fandom size.

However, TWICE is lucky to have both.

For reference, the group’s best selling album was 2016’s Twicecoaster: Lane 1 (the first release post “Cheer Up”) – with Gaon sales of 427,854 copies sold as of this writing.

In comparison, Summer Nights (What Is Love?‘s repackage) sold 314,475 copies.

Yes. You read that right. A repackage sold not only almost as much as its predecessor What Is Love? (which clocked in at 343,909 copies) but almost matched their sales best.

And that’s not even counting their Japanese album BDZ (or bulldozer), which sold 277,346 copies, an amazing number when one considers that the album is essentially a pseudo repackage.

These sales numbers show that TWICE has been successful in leveraging their hybrid “cute girl next door image” and “sassy teen crush” image to appeal to various demographics across Asia – and more importantly, keep them interested.

That said, one country TWICE has yet to try their luck in is the United States. With a rumored US tour coming later this year, one wonders if JYP will try to ease Twice into the US market with English tracks (ala Wonder Girls) or unabashedly embrace their “K-popness” like BTS has.

Regardless of the outcome of their US venture, one thing is for sure. TWICE will continue to be the “goal” for groups to reach.