Korean photographer spent 10 months in a goshitel in Seoul documenting the lives of the residents with his camera.

A Goshiwon or a goshitel is a form of cheap housing found in Korea that is mostly used by students seeking temporary accommodation while preparing for difficult state and bar exams (known as goshi in Korean). Flats like these are similar to dormitories as they consist of a very small, personal room and shared bathroom and kitchen areas.

Photographer Sim Kyudong, spent 10 months living in a goshitel in Sillim-dong, an area in the outskirts of Seoul known for its high number of students and migrant workers. During this time, he captured the stories of the people living there, himself included.

Due to the rising housing prices in Korea, goshitels are now being occupied by more and more people from various backgrounds.

Sim’s pictures provide a glimpse into the hardships people with financial difficulties face after they are cut off from the rest of the society and end up in goshitels.

“People with means — ordinary, middle-class people, too — don’t really understand that you end up in a goshitel because you can’t help it, because you have no other options. I thought I must tell that story,”

Sim has taken it upon himself to bring these issues to light and help others understand the difficulties faced by those at the bottom of the social hierarchy.

When asked what could be done about goshitels and the people residing in them, Sim gave an honest and clear answer.

“Welfare and a social safety net. Before, I was pretty conservative and didn’t empathize with homeless or poor people much. But living in the goshitel changed my perception and thinking completely. There are people who can’t help it. Their stories are too complicated to dismiss.”

Sim Kyudong’s photo book on the goshitels will be published in late April by Noonbit. He is currently running a crowdfunding campaign to exhibit the photos at the South Korean National Assembly in May.

Take a look at the rest of Sim Kyudong’s eye-opening photos below: 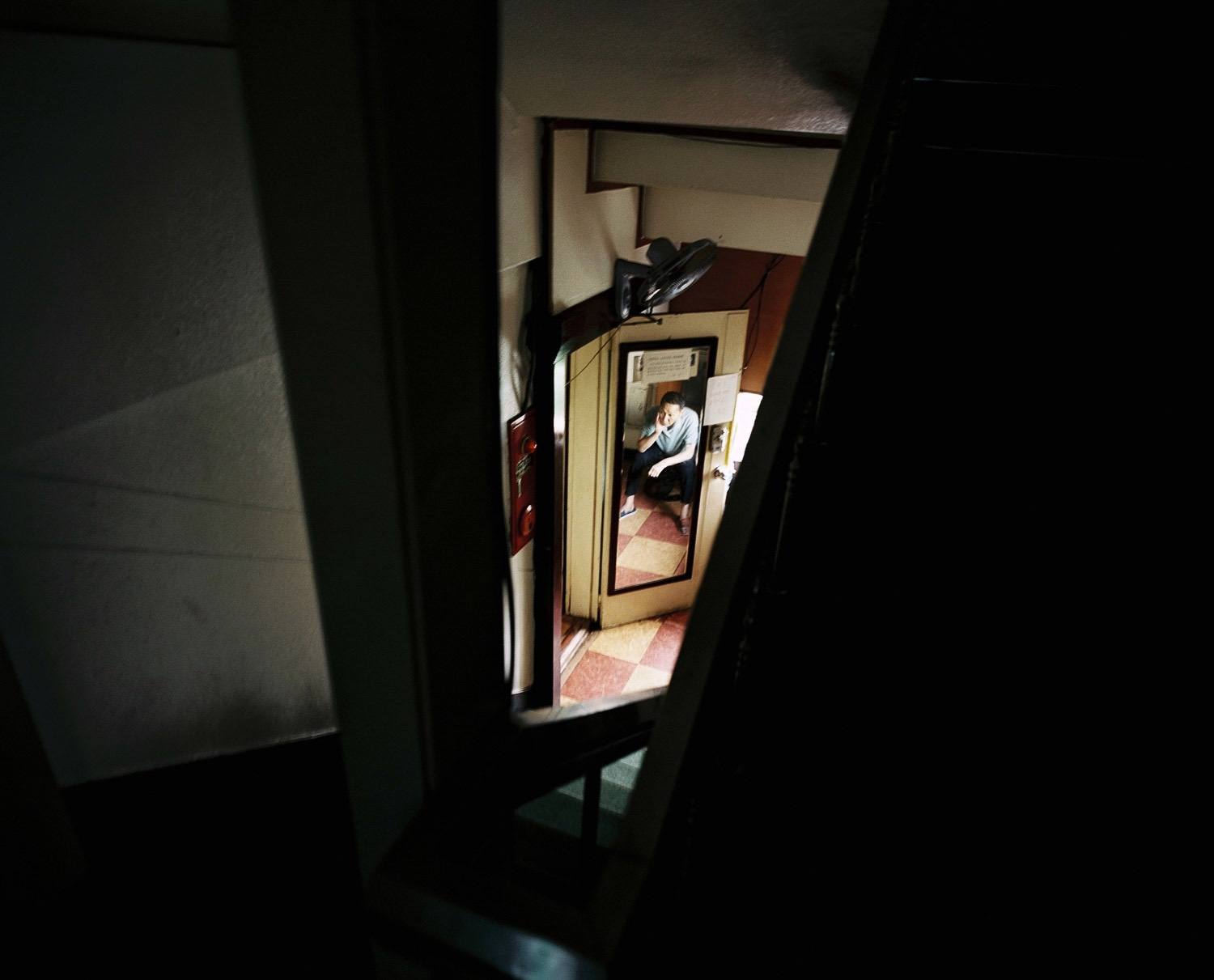