Fans found a photo of someone holding a magazine with Suzy on the front cover and it’s causing confusion! 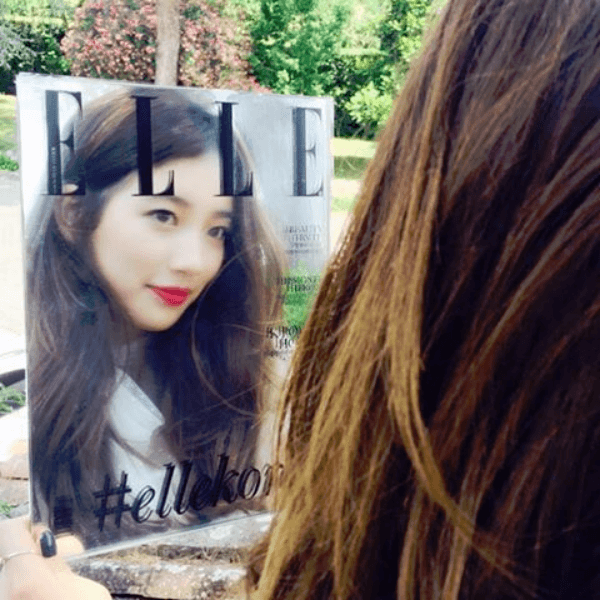 The magazine features a cover photo shoot with Elle that Suzy did in 2015. 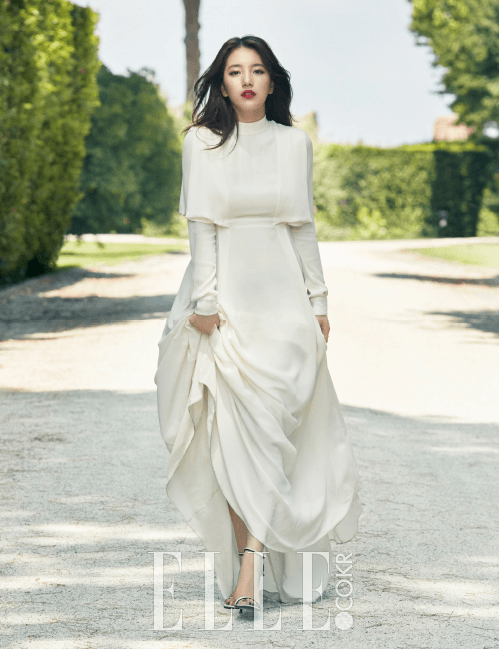 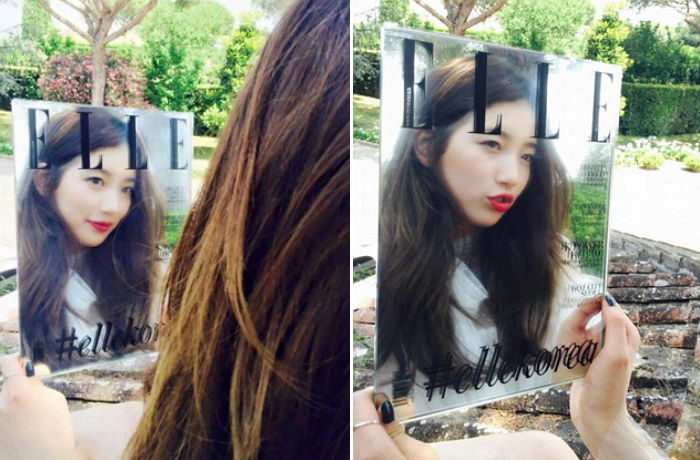 It was actually a mirror and it was Suzy herself holding it! 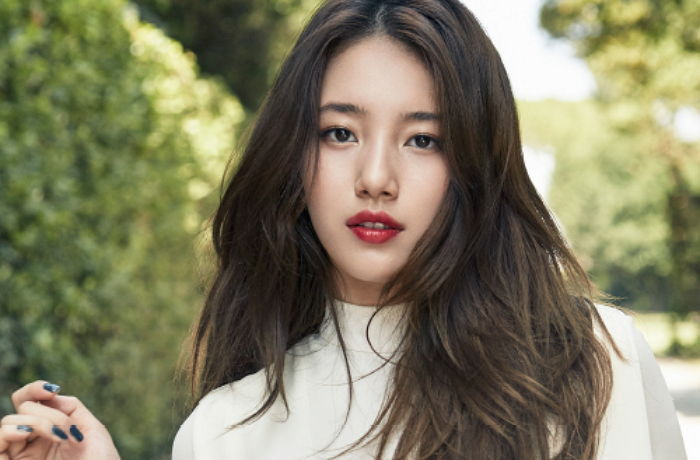 People couldn’t believe that it was just a mirror and felt dumb after they saw how the real magazine cover looked like! 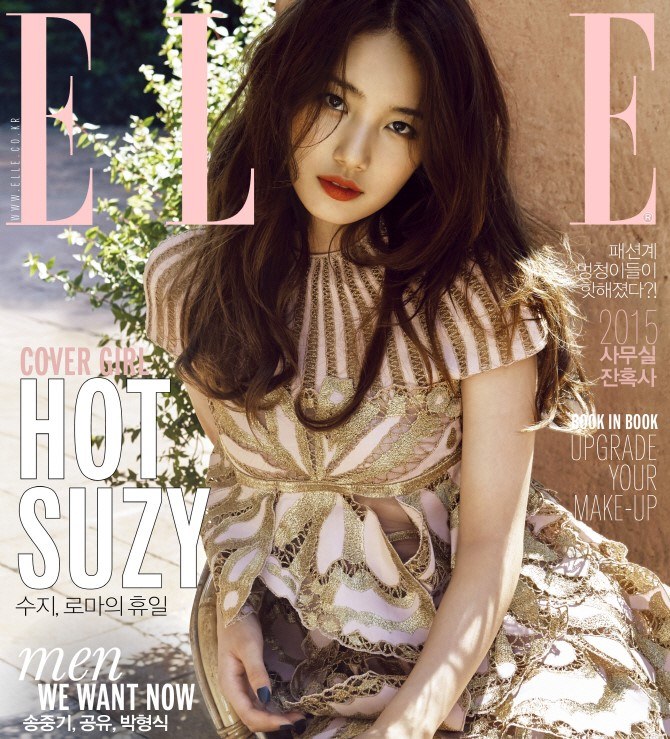