I.O.I’s Sohye is ready for battle with this amazing cosplay of Genji from popular video game Overwatch. Sohye recently appeared on an episode of SBS’s gaming variety show Game Show, which mixes online videos like Let’s Plays with traditional variety show antics. For the show, Sohye dressed up as Overwatch‘s Genji, a cyborg ninja who uses a Katana and throwing stars to defeat his enemies. 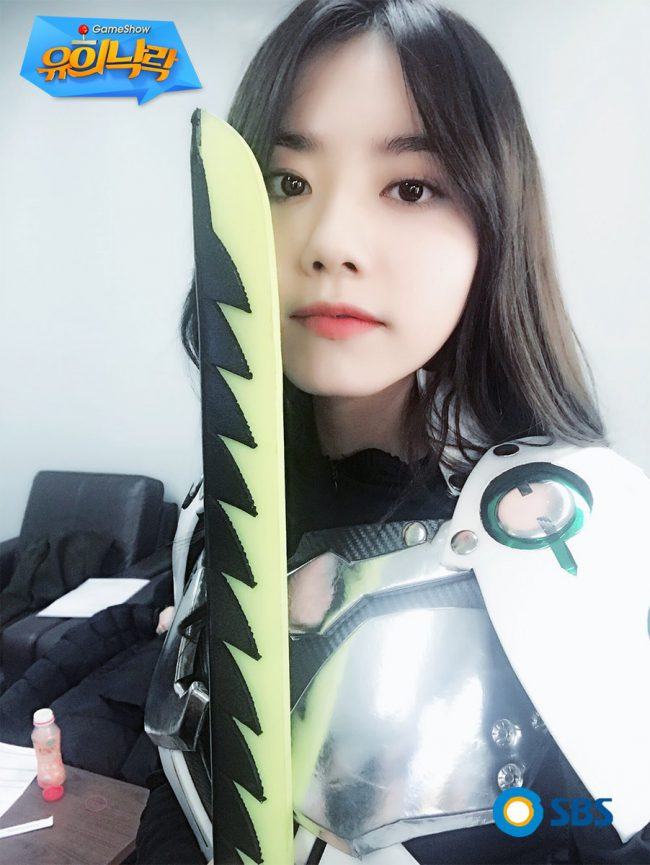 On the show, she shared her love of video games and talked about how she became closer to her brother through these games. She will be joining the show as a fixed panelist and is the first I.O.I member to permanently MC a variety show.

Sohye was asked which character from the game she wanted to be and immediately answered “Genji!” She also explained that since debuting with I.O.I, she hasn’t been able to spend much time with her brother. Since Genji is her brother’s favorite character in Overwatch, she wanted to choose him.

Overwatch is a popular online game created by Blizzard Entertainment, the company behind World of Warcraft and Hearthstone, and is about a group of super-powered soldiers who must fight to protect earth from any threats that face it.

Check out Sohye’s appearance on SBS’s Game Show below!