Most of the time, the magic of cinema is used to simply make it appear as if what is being filmed is happening, but this “prop” in IU‘s Ending Scene MV was actually surprisingly real.

In a look behind the scenes of IU’s Ending Scene music video, IU reveals that the letter she appears to be reading to Kim Soo Hyun is actually a real letter.

Before the filming of the music video, staff wrote a letter for IU to read aloud while filming the scene. She not only read it to Kim Soo Hyun during the video, she also ran through it with him before filming the scene in order to make him feel more comfortable. 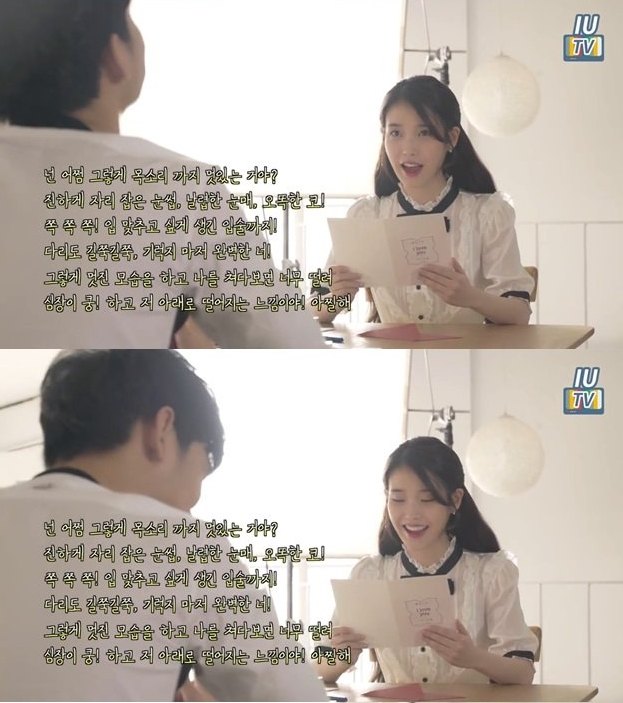 Kim Soo Hyun was understandably surprised that the prop actually contained a real letter addressed to him, but couldn’t help but be pleased with and humbled by its contents. In the letter, IU compliments Kim Soo Hyun by calling him cute, handsome, gentle, and perfect.

Watch the music video for IU’s “Ending Scene” below: