One July 7th, a pair of foreigners were seen running around the streets naked in the Sinchon-dong neighborhood of Seoul.

The man and woman were seen and reported to the police by many people who were passing by, and were even caught on tape by several different CCTVs. According to witnesses, both of the foreigners were intoxicated and screaming as they were running wild. The police have reported that although they have not yet apprehended the couple, they are still trying their hardest to catch for them. 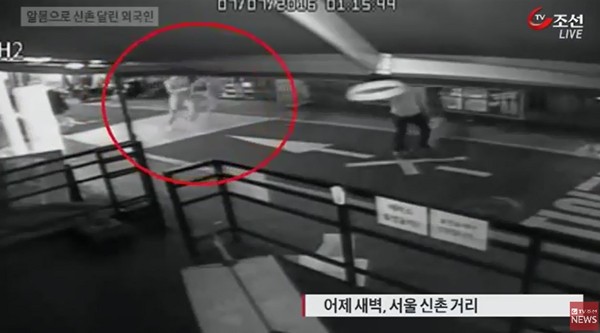 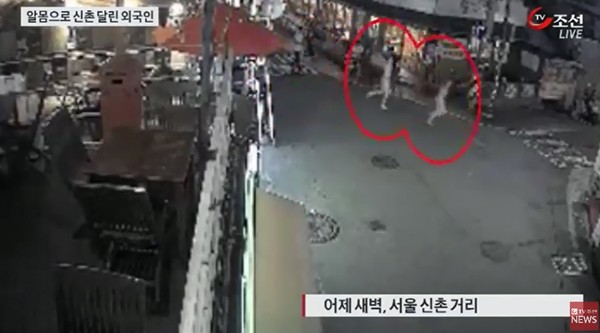