With Me is a camera-based phone app that allows users to take photos with loved ones who are absent. 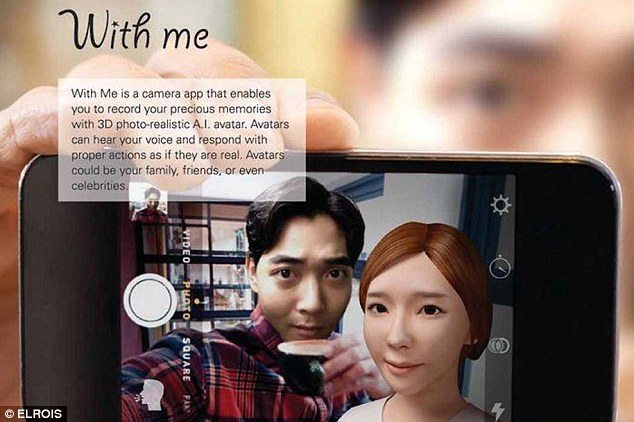 After scanning, users of With Me can take selfies with the 3D models.

The avatars also have an artificial intelligence function, allowing the user to talk to them like they would their loved ones.

Eun Jin Lim, a spokesperson for ELROIS, said the app was actually designed for people who have lost family members.

She, for instance, had lost her grandmother but felt the need to create memories that she never got the chance to make.

Some might find the concept weird or, perhaps, disturbing but Eun Jin Lim believes it is a matter of perspective.

Right now, users need to use a 3D scanning booth, but ELROIS hopes future phones will include those same capabilities.