In middle school, BTS‘s Suga submitted a letter about his love story to a local radio host. 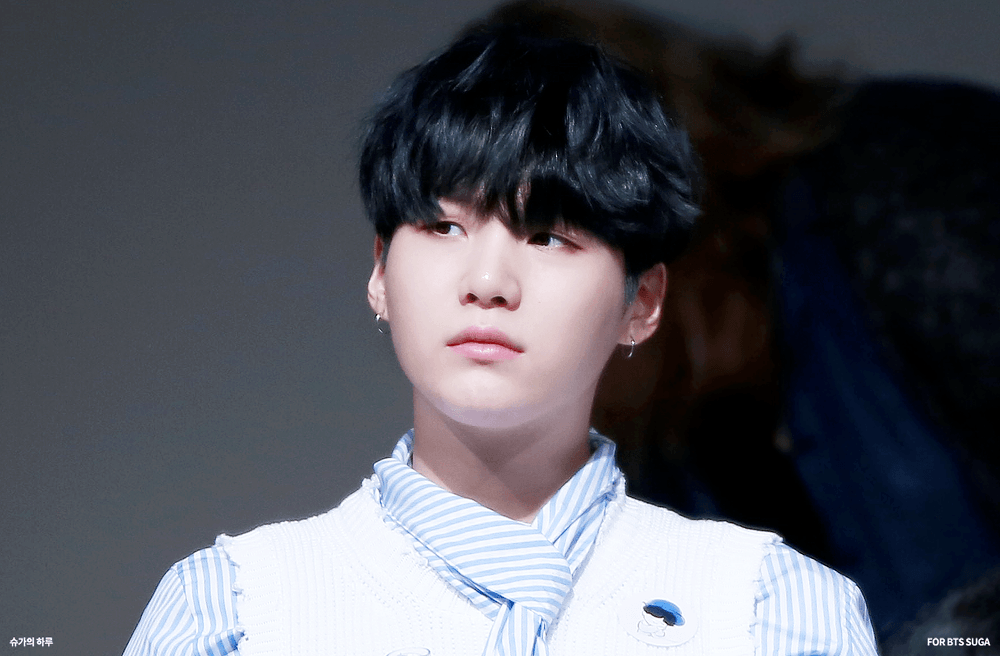 The young Suga shyly admitted that he fell in love with a fellow classmate. 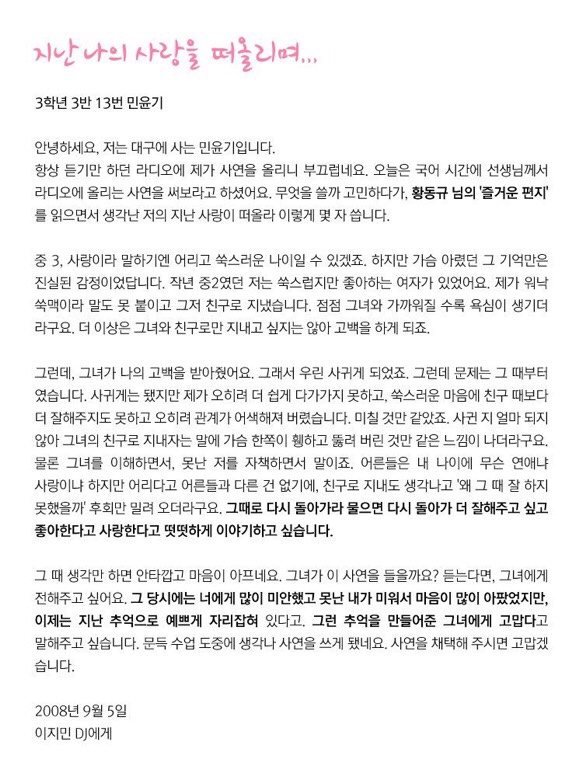 Recalling my past love…

I’m embarrassed that I’m writing a letter to a radio that I’ve always listened to. Our Korean language teacher asked us to write a letter that could be sent to a radio.

I was contemplating on what to write, and I decided to write about my past love while reading Hwang Dong Kyu’s ‘Enjoyable Letter’.

3rd year of middle school, it might be a tender age to say that one’s in love. But it was a memory that held my true feelings from those heart aching memories.

I’m embarrassed to say but I liked a girl last year in my 2nd year of middle school.

Since I’m very shy, I wasn’t able to talk to her, so we stayed friends.

I became greedier as we got closer. I didn’t want to stay a friend, so I confessed my feelings.

But she said yes when I confessed I liked her.

We ended up dating but that’s when the problems started. Because I was so shy, I couldn’t act naturally with her now that she was my girlfriend.

I didn’t pay attention to her and compared to how our relationship was when we were just friends, there was a clear difference. Our relationship became awkward more than anything.

We didn’t date that long and due to all these problems she said let’s just be friends and broke off the relationship. When I heard those words I felt like a side of my chest was hollow. I felt deserted.

I truly understood where she was coming from when she broke off the relationship and I went into reflection after that.

I would think about everything I did wrong and how I could better myself. I also think back now about those days and wish I would’ve behaved differently.

If I could go back, I would treat her way better and I know I could do more for her. I would tell her I loved her and liked her proudly.

Thinking back to those days is hurtful and regretful for me. If she’s hearing me speak this confessional letter I want to say the following to her.

I am very sorry for treating you that way. You must’ve felt so hurt when I behaved like that. I personally think back and look at it as a good memory now.

Thank you for making that memory with me.

Suga’s bravery to reveal his past story, even though he felt embarrassed, has been praised by ARMY around the world! And we hope he will find his new true love soon!

How BTS Promote Sustainability Through Their Actions