Model-turned-actor Ahn Jae Hyun revealed his dieting regimen from his modeling days in an episode of Journey to the West 2 and it’s pretty brutal.

Ahn Jae Hyun’s revelation about his diet has been garnering a lot of attention due to its extreme nature. In the episode of Journey to the West 2 in which Ahn Jae Hyun appears, the cast is dining a restaurant in China when Lee Soo Geun mentions there are a lot of leftovers since Ahn Jae Hyun doesn’t eat much. Ahn Jae Hyun confessed that he usually has a small appetite thanks to the diet he used to follow. 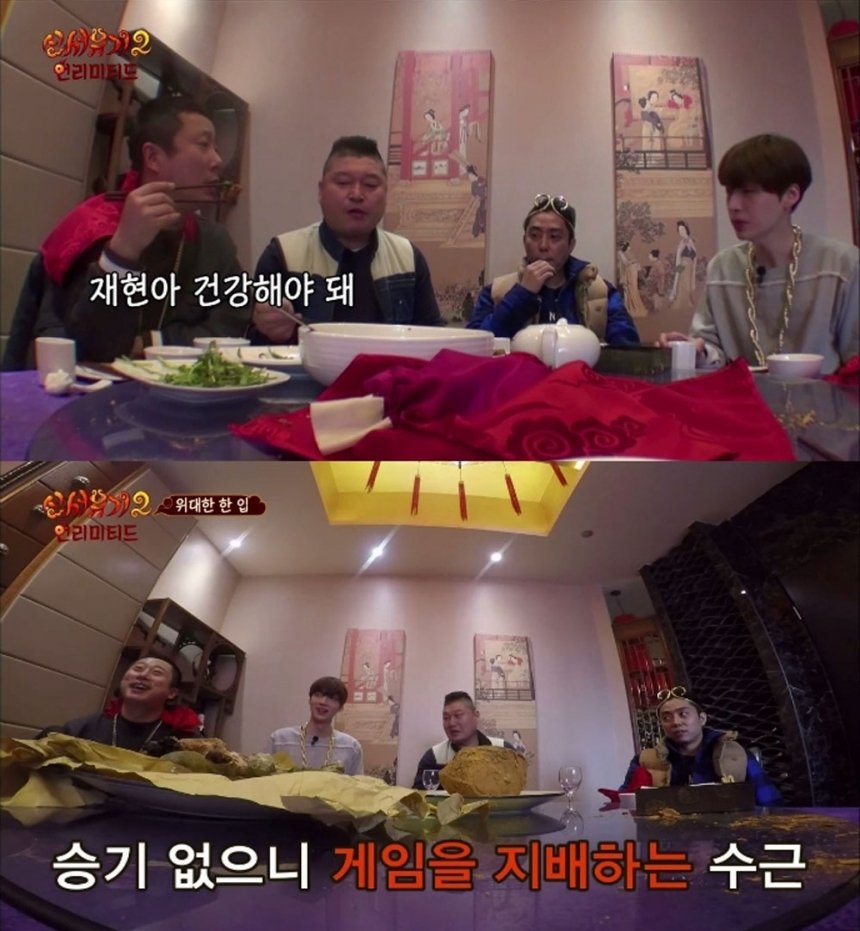 “I used to only eat one meal a day, around 6 pm. I was always counting calories when I was a model.”

Lee Soo Geun suggested that Ahn Jae Hyun should simply work out to burn off the calories he consumes, but Ahn Jae Hyun sadly replied, “I didn’t get a feeling of relief unless I actually felt hungry. But that was all in the past. I eat a lot now.“

Lee Soo Geun wrapped up the topic saying, “If you don’t eat enough, you may even get mental illnesses.” The cast of Journey to the West 2 is always looking out for one another.