TWICE is solidifying their status as one of the mainstream girl groups to anticipate as their latest track “Cheer Up” achieves an all-kill status less than 24 hours after its release.

The group released their 2nd mini-album Page Two on April 25th at midnight KST along with the music video to their title track “Cheer Up.” Within hours, the group was spotted rising to #1 with the first “Cheer Up” all-kill on real-time charts at 3:30pm KST, effectively dethroning Apink Jung Eunji‘s “Hopefully Sky.” 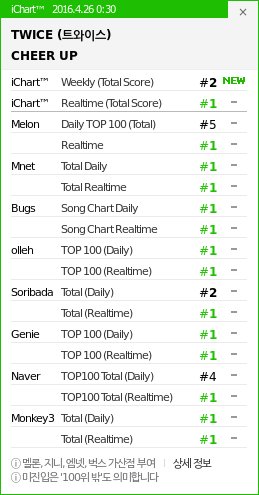 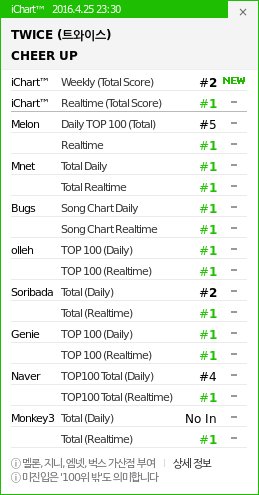 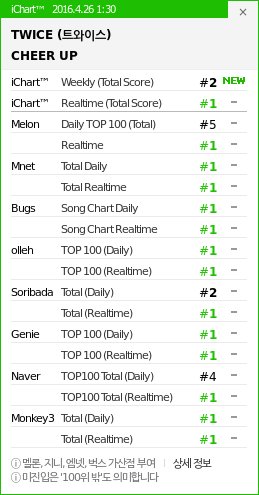 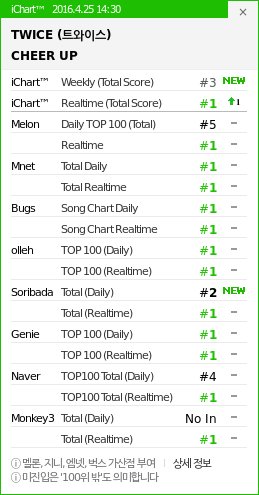