The countdown until TWICE comeback continues as JYP Entertainment reveal another group teaser image for the groups upcoming mini album. Members Jihyo, Dahyun, Sana, Tsuyu and Chaeyoung show their off their youthful and bright personalities for the teaser as the group is seen blowing bubblegum.

The groups comeback has been highly anticipated by fans after the success of the groups previous album PAGE TWO and hit “Cheer Up” which saw the groups popularity reach new heights. The girl groups comeback has since been covered in secrecy as members were even recently seen concealing their new hairstyles with dark wigs at a recent event.

Are you excited for TWICE’s comeback? Check out the new teaser image below. 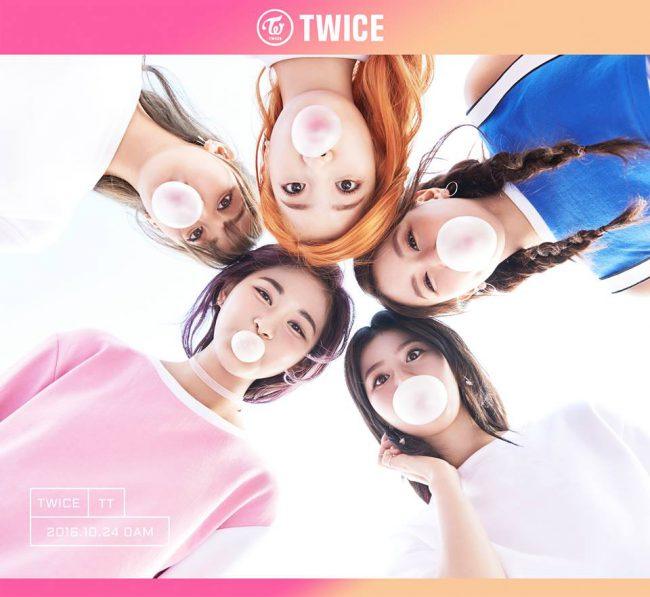