Girls’ Generation’s Taeyeon was the target of a hateful message from an anti-fan but Taeyeon swiftly took care of the anti-fan with some harsh truths.

Just like any other celebrity in the world, Taeyeon has her fair share of anti–fans. However, fans around the world also associate the incredible vocalist of Girls Generation, as a celebrity that shuts down anti-fans personally.

On January 25, EXO‘s Chanyeol uploaded a picture of himself with a dog and Taeyeon was quick to comment on his post with the following message: 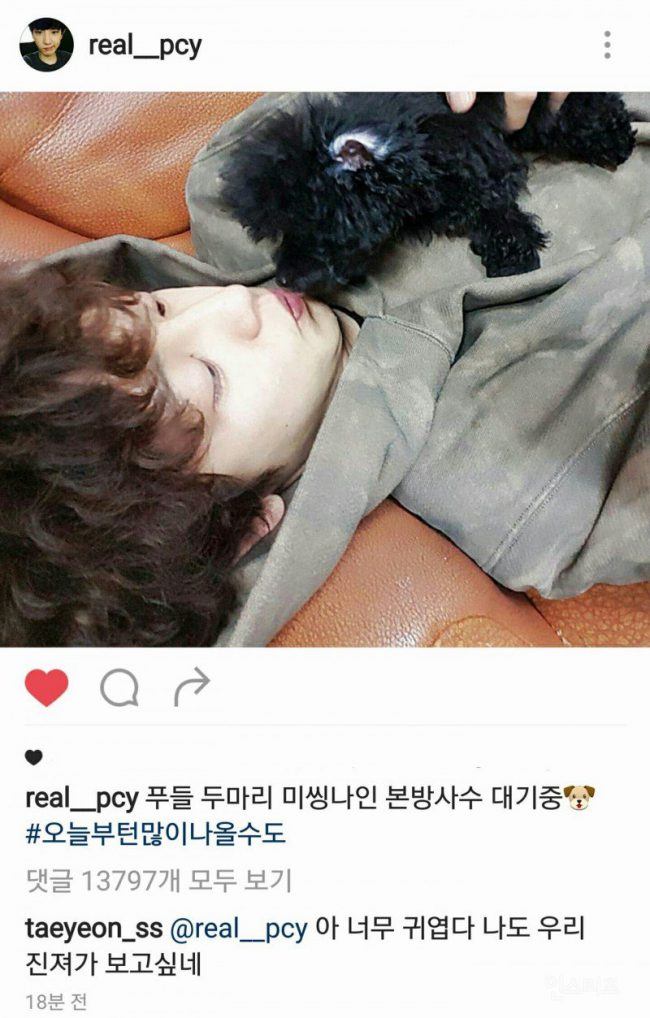 Right after she saw Chanyeol’s post and got reminded of her dog, Taeyeon posted a photo of Ginger on her Instagram.
The captioned her post with the following tags: “#HotBody #ginger”

“Why can’t you stay in your place and control yourself? Why do you like commenting and attracting negativity? Let’s be real, you do it on purpose to draw attention.”

Taeyeon then replied to the anti-fan with a simple, yet powerful punch of a reply:

“Are you not talking about yourself?”

Fans that saw her reply, praised her for shutting down the anti-fan and wrote messages of support for her.