Girls’ Generation‘s Taeyeon has made a successful solo debut as her title track “I” featuring Verbal Jint has reached the top of the charts in #1!

Several of her other songs also charted in the Top 10 in other digital charts with her second title track “U R,” “Gemini,” “Stress,” and “Farewell,” including Bugs, MelOn, and more.

She continues her all-kill status in the next hour, while “U R” seems to be also very well-loved as it takes the ranks of #2 and #3 on real-time charts.

Meanwhile, Taeyeon will have her very first solo stage on this week Mnet‘s M! Countdown on October 8th. A music video has yet to be released in full for either of her title songs. 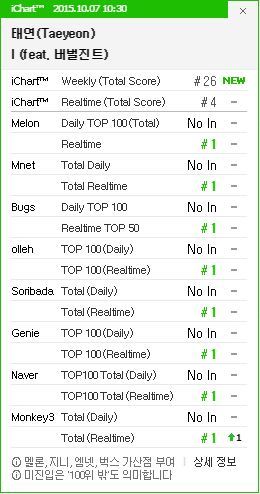 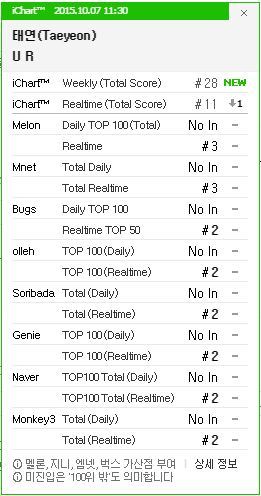