GOT7‘s Jinyoung, NCT‘s Doyoung, and BLACKPINK‘s Jisoo will be the new hosts of the music show starting February 5. 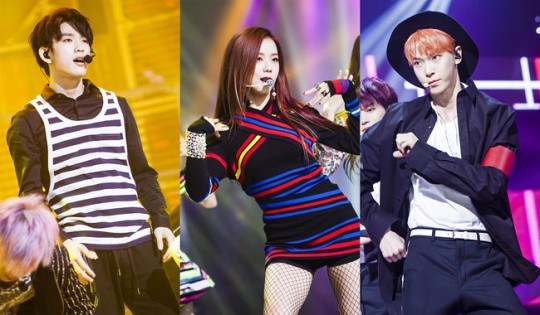 According to the casting director, Cho Moon Joo, the three idols were chosen as they matched their criteria perfectly. They also felt that these idols had the potential to increase the scope of K-pop in the future.

“We wanted idols who are just beginning to take off, and have the potential to lead K-pop into the future to host our show. Even though they’re young, we thought they would have an endless set of skills that has not been discovered yet.”

When asked why these three particular idols were chosen to host their show, Cho revealed that she was looking forward to seeing how their different personalities would play out on the show.

“They all have a refreshing side to them but individually they have completely different vibes. I’m anticipating some unique chemistry between the three when they work together.”