Produce 101 contestant Samuel Kim, otherwise known as Punch, may have been bullied throughout school, according to an online community post.

An anonymous netizen uploaded a post on an online community portal, claiming that Samuel Kim had been a victim of bullying throughout his school years.

“His [Samuel’s] school was one where students needed to go to different classes for different subjects. Each class had different textbooks so students have to move around the school with their textbooks. Samuel had a bunch of textbooks with him and he was going down a flight of stairs when suddenly a guy says “Wow Punch~~~~~~” and pushed him really fucking hard so all his textbooks flew everywhere. What could Samuel do but just pick up his textbooks one by one. During roll call, Samuel is often absent so when the teacher asks where he is everyone in the class said in unison that he dropped out. And on the days he does come to school, we all turn on his music video or V stream and laugh or copy him. But in his sophomore year he came out on Produce 101 and everyone in our school makes fun of him but he was so fucking proud he came strutting into school. Recently everyone at our school watched his introduction video and ridiculed him by mocking him but he alone thought it was going viral so he’s all smiles when he comes to school.” 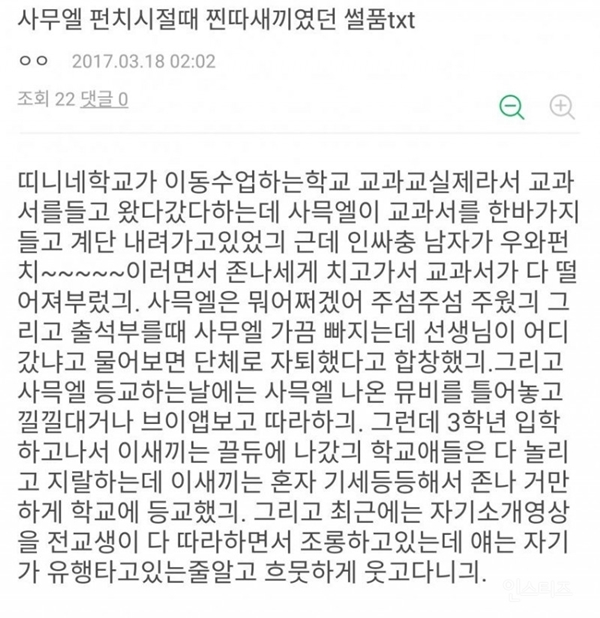 The netizen outlined several incidents as to how Samuel was being bullied, and criticized him as being too dim to realize that he was being ridiculed. For example, according to the post, while Samuel was walking downstairs to go to his next class, another student had pushed him down the stairs, flinging his books everywhere. Samuel allegedly did nothing but pick up his books and head to his class.

Furthermore, the netizen claimed that the majority of his classmates bully him by telling their homeroom teacher that Samuel had dropped out of school when he is absent due to other schedules, or making fun of him by parodying his music video or V LIVE streams.

At the end of the post, the netizen claimed that all students made fun of his introduction video on Produce 101‘s YouTube channel, but Samuel didn’t know he was being ridiculed. Instead, they claimed he thought he had become viral, and therefore walked proudly around the school and laughed at those parodying him.

However, screenshots of a Facebook conversation between Samuel and his friend had also surfaced, showing that he may not have been a victim of bullying. In the chat, Samuel’s friend asks him if he can upload a photo of him on their own Instagram, to which Samuel doesn’t allow.

Friend: Muel
Samuel: What.?
Friend: Can I upload your photo on Instagram?
Samuel: What photo? Don’t upload anything weird
Friend: No no this one
Samuel: No ㅋㅋㅋㅋㅋㅋㅋㅋ If you upload that I’m done
Friend: Why
Samuel: I followed you, so fans will soon start following you too 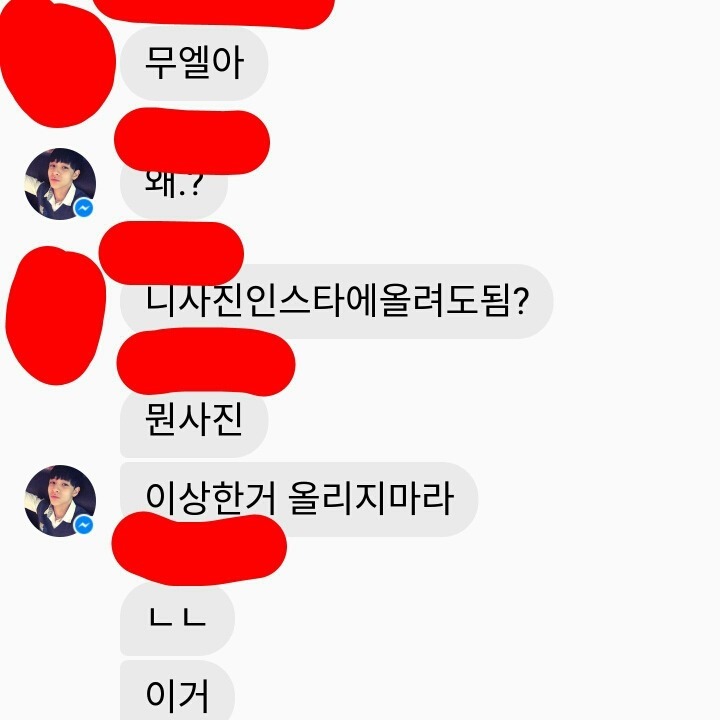 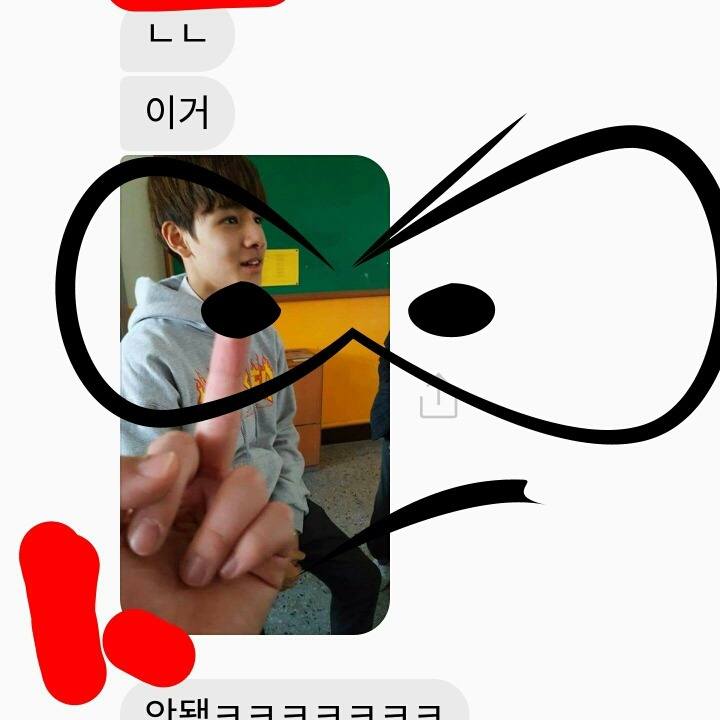 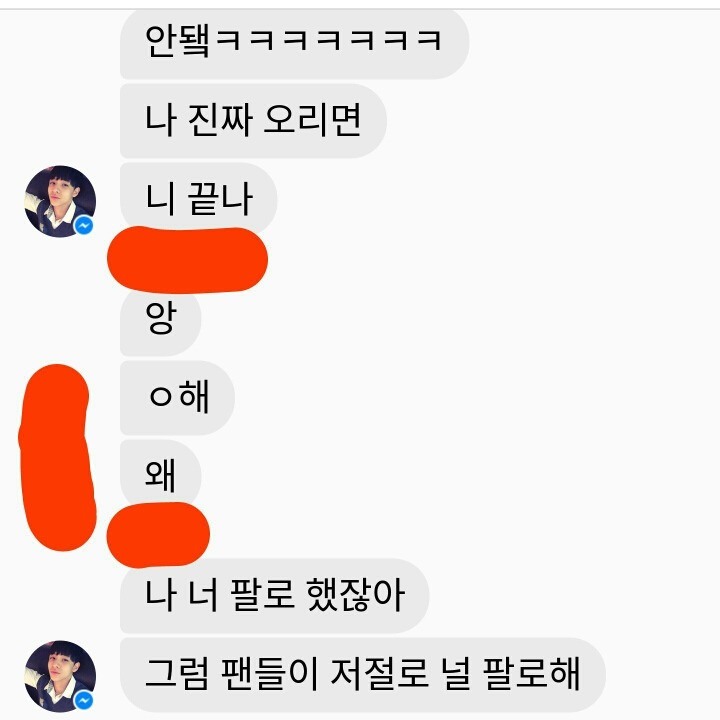 Netizens believed this conversation proved that Samuel wasn’t bullied like the first posting showed, and that his privacy was well respected amongst his friends.

Produce 101, Brave Entertainment, and Samuel Kim have not yet responded to these posts.