Despite announcing that they will not be attending any year-end award shows, 2NE1 shows a united front as they attend the launch party for Alexander Wang x H&M in Shanghai, China. On November 4th, 2NE1 made a surprise appearance in Shanghai, China as they attend the official launch part for H&M’s collaboration with fashion designer, Alexander Wang. Alexander Wang also expressd his appreciation for the group updating his brand’s Instagram account with a photo of the members saying, “@_minzy_mz, @haroobommi, @chaelincl & @daraxxi of #2NE1 perform at the #ALEXANDERWANGxHM Shanghai event.”

Meanwhile, 2NE1’s appearance received much attention from their fans after taking break following their recent album promotions and concert tour. YG Entertainment further informed fans that 2NE1 will not be attending nor performing for any award shows this year.

CL, on the other hand, is busy preparing for her upcoming U.S debut under Scooter Braun’s management agency, SB Projects. 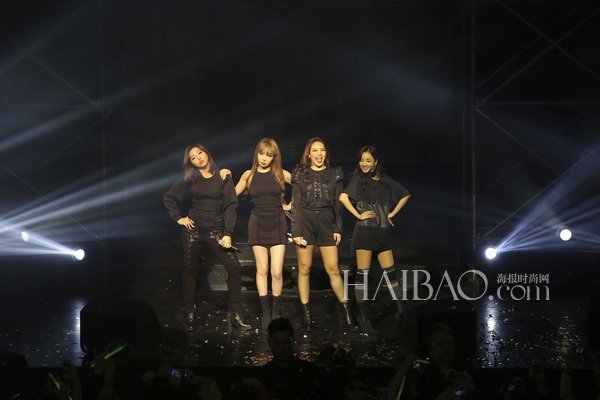 Jessi Can’t Stop Gushing About BTS, But One Member Has Caught Her Eye The Most Recently

NCT’s Chenle Hilariously Exposes How Close He Actually Is With Jaemin, Jaehyun — And SEVENTEEN’s Jun

10+ ARMY Reactions To “BTS Island: In The SEOM” Being Under Maintenance That Are Too Real