Netizens discuss on reasons why female idols seem to get more hate than male idols.

K-pop industry or any other entertainment industries are full of hate and love relationships made between celebrities and fans or anti-fans. However, in the K-pop industry, it seems that female idols receive more criticism and hate as more fans defend their ‘oppas’ and biases more than they protect their ‘unnis.’ Even with similar controversies, it seems that male idols get more protection and understanding from the netizens and fans compared to the female idols. But what is the logic behind this?

Titled “Reactions Against Male and Female Idols,” here is the direct translation of the post and comments below.

“There are many people bringing up this up so let me tell you the facts. 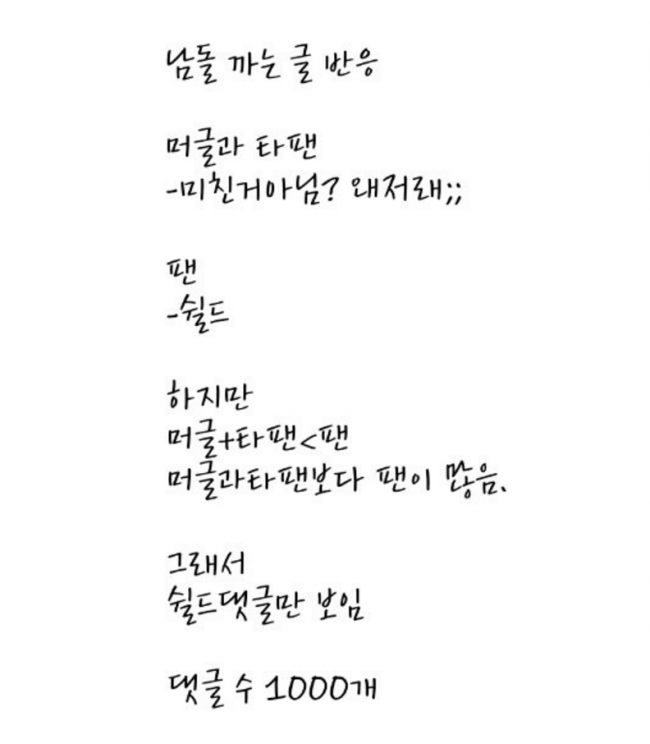 Anti-fans and fans of others say – What the heck? Why are they doing that;;

Then it is followed by the fans protect and defending their oppas.

But the math comes down to this

There are more fans of male idols than anti-fans and other fans criticizing combined.

That is why you can only see the defending comments on the top section out of 1000’s of comments.

When involving their favorite male idols, their fans all come to try to protect their oppas.

That is why all of the anti-fans’ comments and accusations are barely shown on the post. 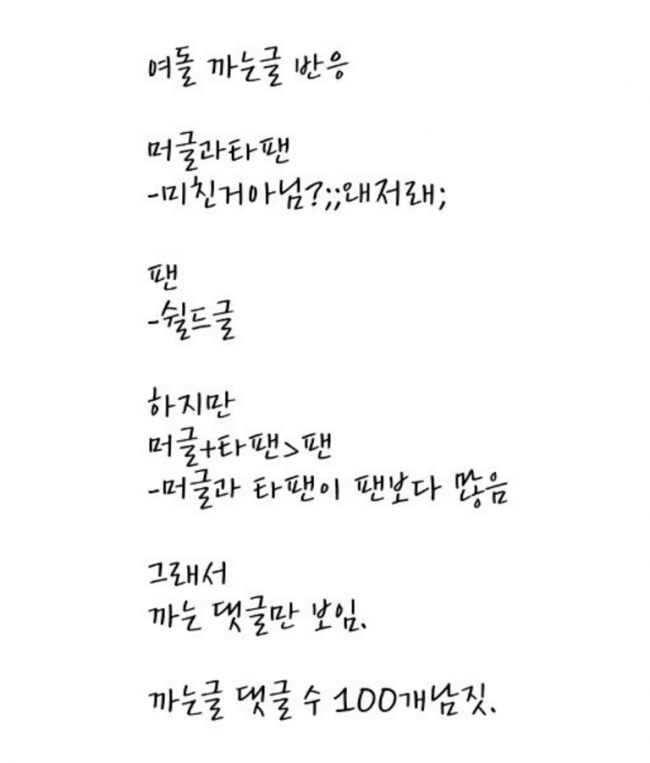 Here is how it is with female idols

Anti-fans and fans other others come and say: What is this? Why are they doing that;

Anti-fans + Fans of others > Fans

There are more anti-fans and fans of others combined than the fans.

That is why only the criticism comments are shown.

When involving female idols, all of their fans don’t swarm to protect them.

They would hate other male idols if it wasn’t the groups they liked.

They really don’t have any interest in female groups.

If you ask ordinary male idol fans how many fandoms do they hate, they’ll answer 9 out of 10 of them.

That is with me too but if I get asked by female idols, I really don’t care.”

[ +63 / -3] To be honest, I have no interest in female idols… I have my attention on male idols, where do I have time to care about dissing female idols

[ +34 / -7] For me to support 3 groups including both male and female groups, it is honestly freaking difficult