When it comes to fandom colors, K-pop artists and fans can get extremely sensitive and defensive.

In his post on Instagram, the 2016 Dream Concert MC included hashtags such as #nosuchthingas#ours, #yours, #butpleasestopconfusingfans, suggesting that BtoB ‘s color maybe confusing ELFs. However, his attempt to call BtoB out has apparently backfired, with many fans explaining that most of the fans using blue light sticks were in fact BtoB fans, and that his suggestion that fans were being confused over colors is invalid. 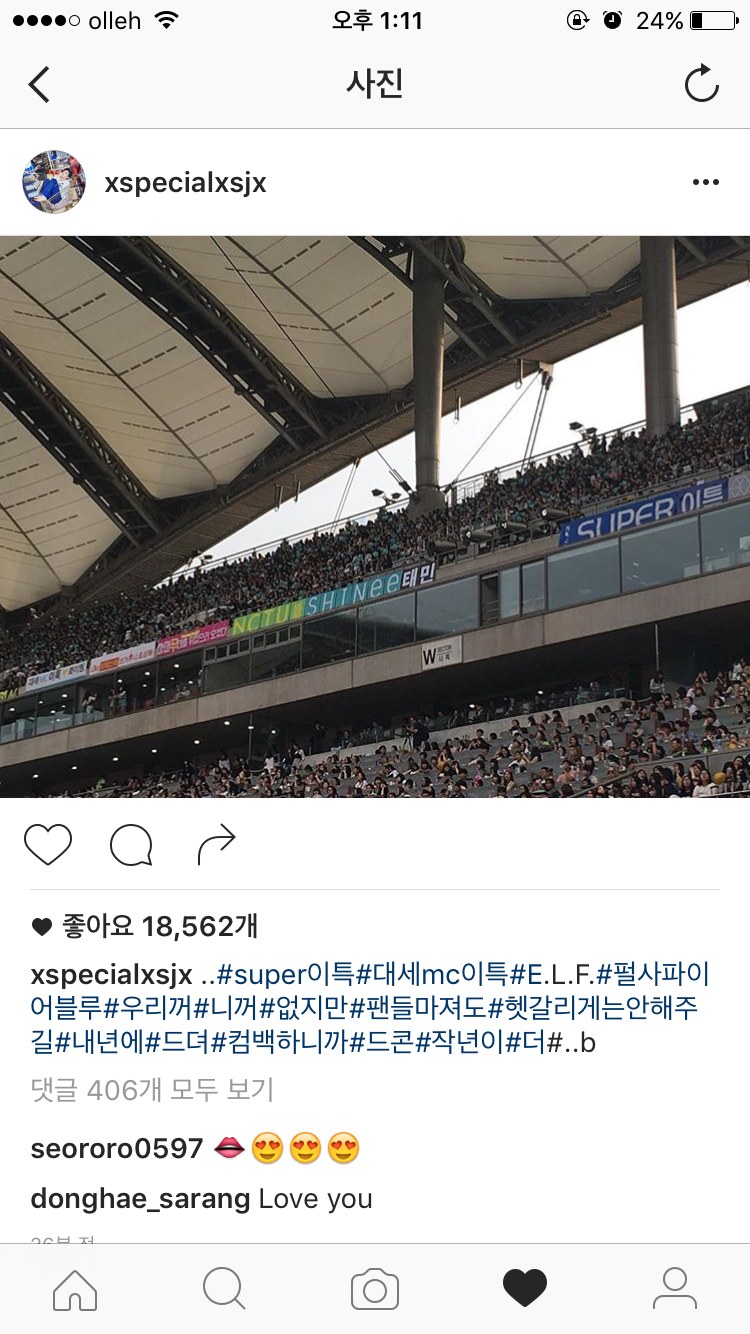