Get ready, ELFs! Super Junior is gearing up to bring the group’s special fan meeting, SUPER CAMP, to Macau!

Presented by Studio City and Rolemodel Entertainment Group (REG), the special event will be held at the Studio City Event Center on Saturday, May 28th. Although some members are currently serving in the military, the remaining Super Junior members, including Leeteuk, Heechul, Yesung, Kangin, Ryeowook, and Kyuhyun, have been touring around Asia to bring this unforgettable event to the fans as part of the group’s celebration of its 10th anniversary.

Tickets to the fan meeting will be publicly available starting on Thursday, April 21st at 11am local time, at http://www.studiocity-macau.com, http:///www.hkticketing.com, and http://show.wepiao.com. Prices range from $580 – $1,580 HKD/MOP (approximately $75 – $205 USD). Be sure to grab your tickets early before they sell out!

SUPER CAMP in Macau is also the first event in the KLIVE series presented by REG, a subsidiary of CJ E&M. The KLIVE series is aimed at providing fans with a chance for intimate interactions with artists, and will consist of many exciting kpop events in Macau and other Asian cities. So expect more exciting concerts and events to come! 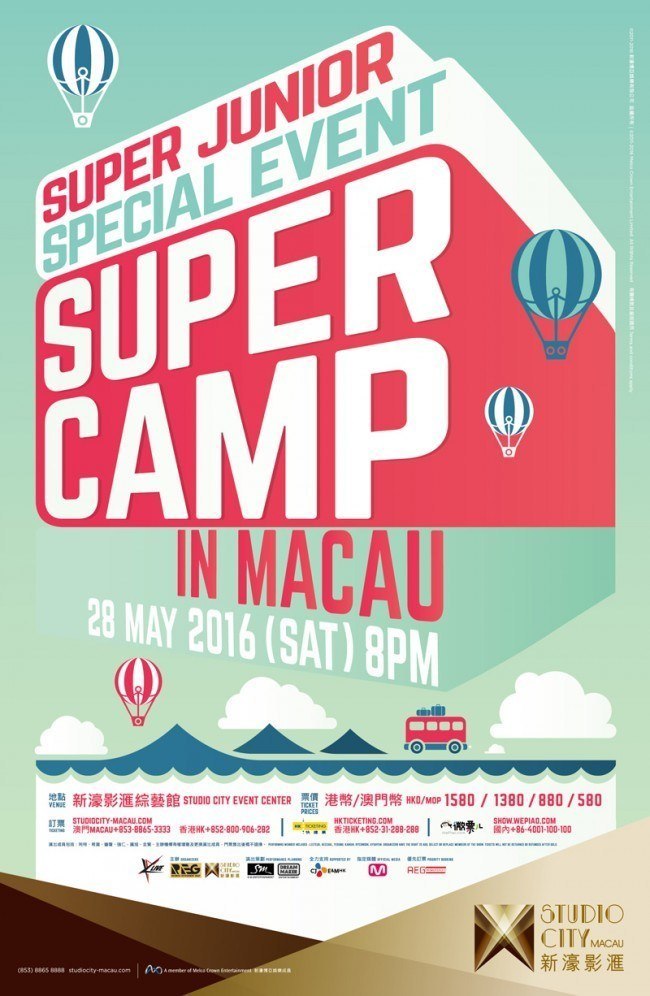