Has Red Velvet‘s controversial manager been fired after the recent incident involving fans? Netizens are suspecting as much.

In a recent post on Instiz made on May 17th, a thread titled “Red Velvet’s male manager fired” was published.

The poster wrote, “Red Velvet has both male managers and female managers they rotate between, but since that scandal, that male manager is nowhere to be seen ㅋㅋ “.

“He was Kangta’s senior in the army and Kangta got him a job as an SM manager after getting discharged. He worked as Kangta-f(x)-Red Velvet’s manager.”

“Note, the person in the white shirt and black pants [besides Red Velvet] is their female manager ㅋㅋ”. 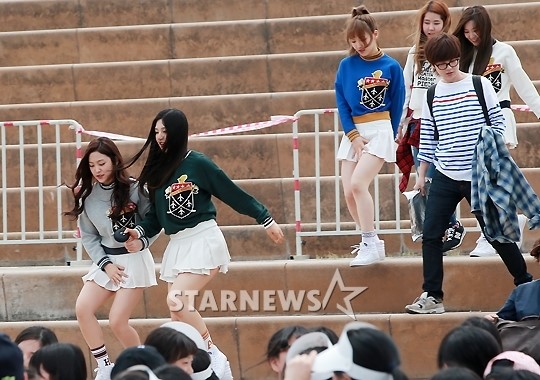