Although former f(x) member Sulli is known to be in a loving relationship with Dynamic Duo‘s Choiza, netizens have expressed their concern for her after she made a mysterious post on Instagram.

The SM Entertainment artist drew a lot of attention from netizens after posting a screenshot from American movie 9½ Weeks, along with the caption “Me.” Due to the dark nature of the film, many netizens have suspected that the post was a hint that Sulli isn’t happy with her relationship. 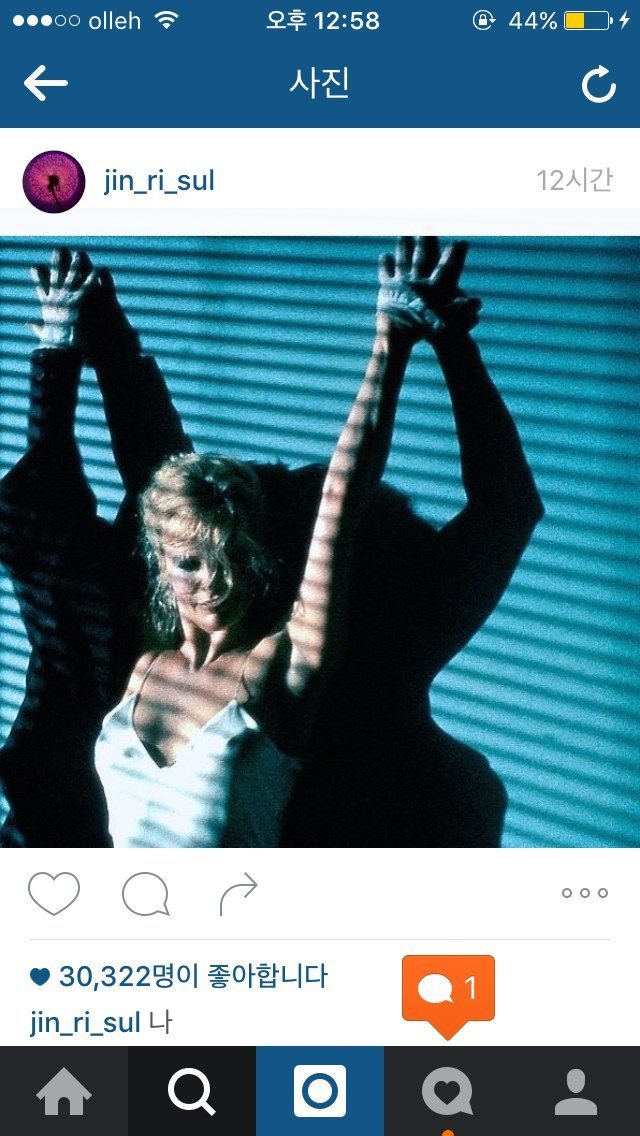 [+ 300, – 6] That film is really dark. The story is a bout a woman that falls in love with a man and the man uses the woman to experiment on multiple sexual positions and fulfill his sexual fantasies. She becomes his sex slave and once she realizes what’s happening she escapes that man and their love. She just uploaded a picture of that person and said “me” what else could this mean?

[+ 189, – 8] That film is about a man and woman who are crazy about sex and the woman escaping that sexual relationship.