And in addition to the song ranking among the top five on the South Korean digital charts, the Woollim Entertainment girl group has apparently also caught the eyes of industry experts as well. In fact, an American producer who worked with famous artists such as Michael Jackson recently praised Lovelyz, and even promised to help with the group’s advancement into the American music industry. After hearing the claim, however, netizens mocked the idea that Lovelyz could become popular in America, suggesting that the group focus on becoming popular in Korea instead. 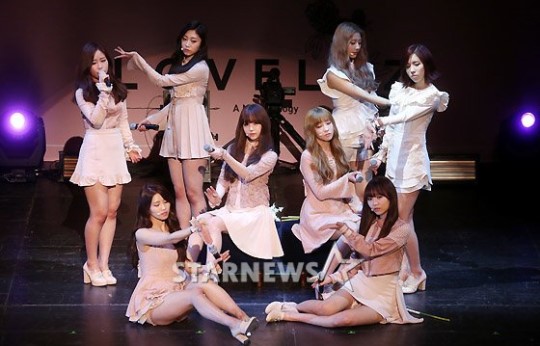 [+ 3712, -123] I love Lovelyz but this is too much, their image to begin with doesn’t really feel like they were planning to advance into the US