Not long after his allegedly rude behavior and subsequent apology letter to fans, BEAST‘s Hyunseung once again finds himself in the middle of another controversy. Although his group and fellow Cube Entertainment label mate 4MINUTE were scheduled to appear at the I Want Cube Pop event in Macao, Hyunseung reportedly sat out of the event due to personal reasons. Upon hearing the news, many netizens criticized him for his behavior. 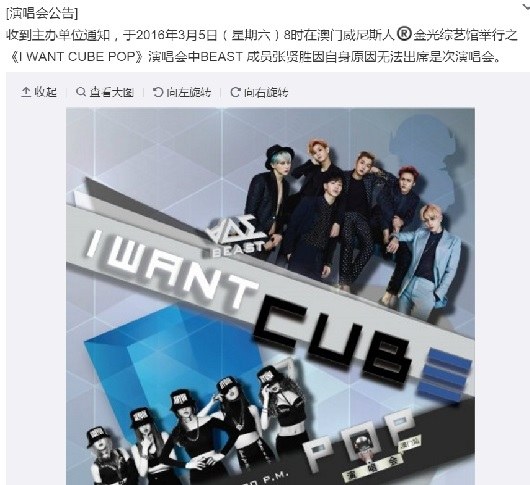 [+ 75, – 2] He’s either suffering from hardships so severe that the company can’t even reveal anything or he’s just crazy.