Earlier, we reported the 11 finalists of program “Produce 101” that will be in upcoming group IOI in May. However, member Kim Sohye has been the hottest topic regarding her lack of talent and how she doesn’t deserve to be there amongst netizens and viewers of the program. A recent media report regarding Kim Sohye is making netizens furious.

Originally posted on Pann, netizens show disappointment in how Kim Sohye took another trainee’s spot despite Kim Sohye’s dream to be an actress.

Translation: “‘IOI’ Kim Sohye Will Not Give Up On Her Dream To Be An Actress.. ‘Will Continue Her Acting Training.” 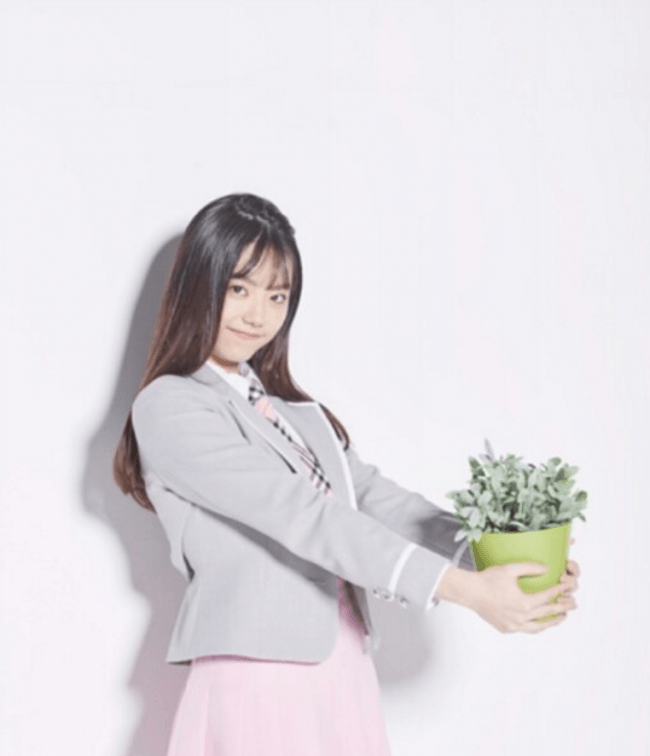 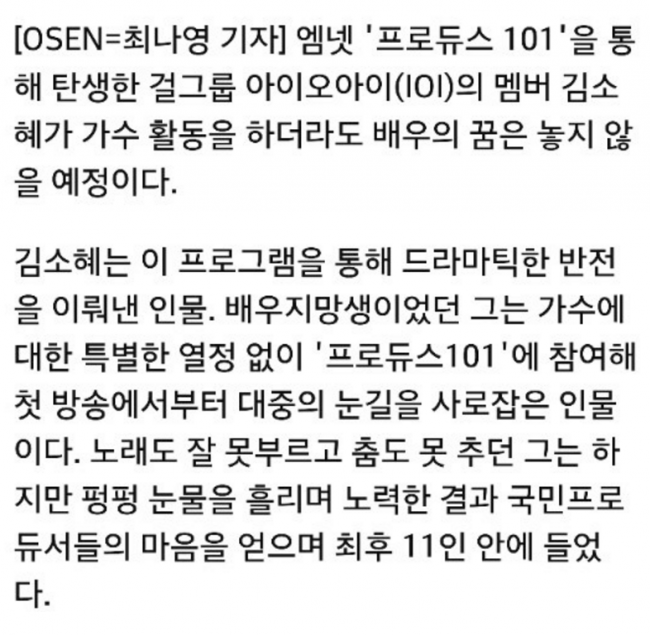 Translation: “IOI member Kim Sohye from Mnet’s program ‘Produce 101’ will not give up on her acting dreams despite her career as an artist.

Kim Sohye had a dramatic turn around in the program. She caught the viewer’s attention when she decided to be a trainee on ‘Produce 101’ despite not having an ambition to become an artist. Although she couldn’t sing well nor dance, she cried her way through hard work in order to get favored by viewers and became one of the 11 finalists.”

[ +72 / -9] What is wrong with Kim Sohye… If she was going to pursue her acting career.. She should have quit during the show or not even participate… She took another spot of a person who really wanted to debut… She is just ruining things

[ +31 / -3] What did she do on the program besides making viewers relate with her by crying? It is not that we don’t like her as a person but the fact that someone who is more talented should be in the group

[ +14 / -2] It was such a desperate dream and hope for other trainees but Kim Sohye just wanted an easier route to becoming an actress… That is why I really don’t like her. If she quit in the middle and wanted to become an actress, I would have cheered her on… But now I don’t think I want to see her