Using statistics of the top scoring songs on the show, the post revealed that five of the songs in the top 12 were released in 2015, which has been an impressive year for the industry overall. After seeing the list, many netizens commented that they were very impressed by BIGBANG, who has three songs in the top 12. The full list of the top 12 #1 songs on Inkigayo can be found below: 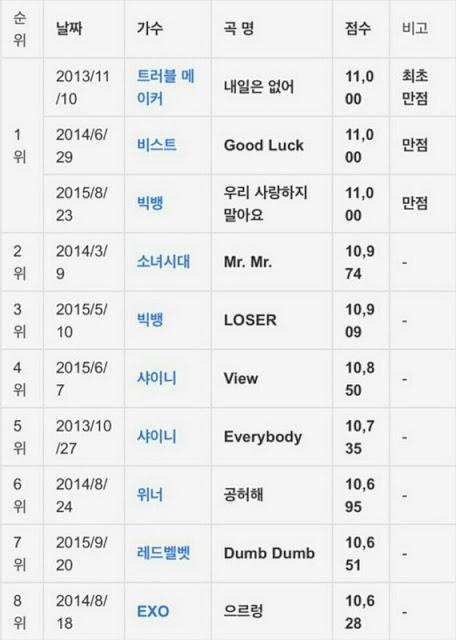 [+ 96, – 8] What I realized looking at this 1) BEAST is awesome 2) SNSD is the undisputed champion female group 3) SHINee is quiet but strong 4) Big Bang Killed it 5) Trouble Maker is awesome