Due to his absense from many group activities, many netizens have speculated that Lay will soon be withdrawing from EXO.

While some were still skeptical about whether or not Lay would stay in the SM Entertainment group, however, jis latest exclusion has forced many netizens to agree with the idea that he won’t be a member of the group much longer. After EXO released photos of limited edition fans without one for Lay, many netizens felt that it was clear that he would be withdrawing soon. 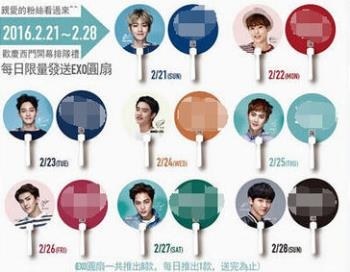 [+ 362, – 26] If Lay whose popularity is low within EXO leaves, he would end up not like Luhan and Kris but like Tao. SM isn’t trying to do anything with Lay but consider him as a platform to base their Chinese expansion upon. He’s pretty much out of the group but they’re keeping the contract because it’s mutually beneficial.

Kim Sae Ron May Be Forced To Pay Back Production Companies

10+ Predebut Photos Of LE SSERAFIM That Show Their Stunning Visuals

Netizens Compare Sakura’s Styling In IZ*ONE Vs. LE SSERAFIM, And Point Out The Difference