Originally posted on Pann, netizens discuss ways in which a girl can successfully win over their crush’s heart.

Titled “How To 99% Win Over a Guy,” here is the direct translation of the post and comments below.

I have dated over 5 times and I’m just an average male.

People can argue that I’m still young but I have studied in college,

done various activities and other adult activities. I just want to write about my past experiences with women.

There exists a similarity in what both male and females like about each other.

But what is most important is that appearance is key for first impression whether you are a male or a female.

I won’t reject this either but I just want to talk about ways in which a girl can win over a certain guy.

There aren’t any males that wouldn’t want their girl to smell good.

Any smell that is sweet or female like, males feel really good and start finding the girl attractive.

Recently, I was on the subway and there was a girl who had fruity smell. It was a smell that I really liked.

I usually don’t talk to anyone I have never met but I wrote ‘you smell really good’ and gave it to her before I left the train.

That is how much smell is important for girls.

I’m not talking about overly outgoing girls but girls who smile and make good eye contact when you talk.

It is about the body language they give you when you have a conversation with them.

I really don’t like someone who is really just manual and depressed. (Even if she is pretty.)

There are those girls who put on the ‘I’m really sad’ face all the time.

It is really a plus for girls to always put a smile on their faces.

This is something all males like in common. We love it when girls organize their hairs.

It just body language that females do without much thinking but it is something that drops males’ hearts.

Especially when they fix their long hair behind their necks or ears.

Even if she has short hair, it is really sexy when they fix their hair.

There is a saying that males are more sensitive in their hearings than females.

It is true that if a girl has a pretty voice, I find it really attractive.

This one time, I went to karaoke with this girl I had no interest in. When she sang a ballad song

really well, I was shocked. She looked so pretty.

All of the other guys agreed with me as well.

There was a girl I dated that was the prettiest and had the best body.

But one thing that I was so tired is that she had so many complaints, negative energy and also talked behind

her friends’ backs a lot. She also cared about her own image too much.

I really don’t like talking behind peoples’ backs so it was really hard for me and I ended up breaking up with her.

It was a relationship that taught me that each others’ personalities and perspectives matter in a long relationship.

I know that females like guys that react to what they say or do. But this wasn’t something I could tolerate.

I first really like her for her looks but started find her less and less attractive after not being able to relate with her.

Girls shouldn’t show a calculative image so that they can be perfect.

Girls should be themselves but always show positive and bright energy. 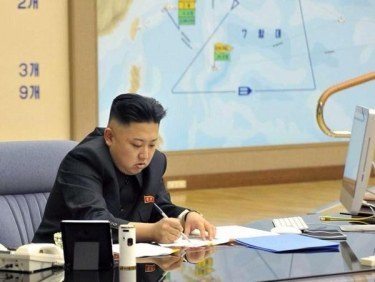 [ +159 / -3] Scent is also important for males too. It’s cold out these days but during warm days, there are too many males that smell really bad on subways