Internet forums have caught ablaze following a fan account that kicked off rumors that actor Kim Soo Hyun and 2NE1’s Dara may be dating.

According to the fan account, the two were seen together at a restaurant alone. While there seems to be a lack of photographic evidence at this stage, many are giving credence to this claim, comparing it to the recently confirmed dating rumors between Min Hyorin and BIGBANG’s Taeyang.

Others have noted that Dara has made appearances in dramas that star Kim Soo Hyun such as You Who Came From The Stars and more recently Producer.

Fans have also noted that in the past, there have been “blind item” rumors that Netizens guessed to be Kim Soo Hyun, including: “Hallyu star E who is currently enjoying huge popularity in China was recently going to go public with his new relationship but had to find a new timing once media outlet F went forward with the release of the dating scandal of G and H. E and G aren’t that close in particular so E is a tad upset about this.” — NetizenBuzz

Some have even begun compiling video clips starring the two idols as many have expressed positive emotions upon getting wind of this rumor. 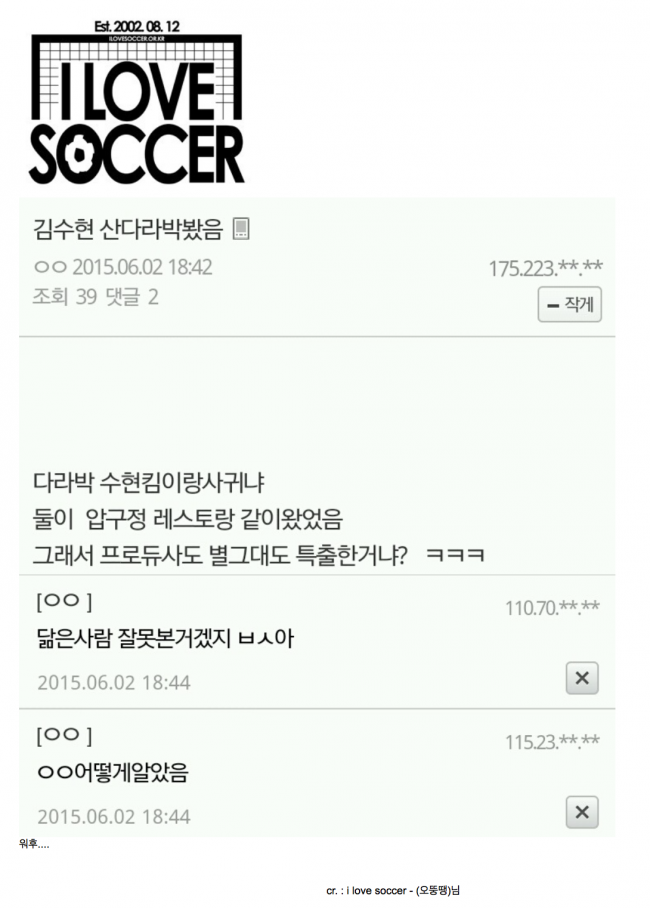