Although celebrities often maintain a cool image, even popular idols are shy sometimes, especially when doing something silly.

For example, during the Idol Athletic Championships, BTS‘s Jungkook was too shy to do something potentially embarassing. At the event, BTOB‘s Eunkwang dressed up as a centaur, complete with hind legs of a horse. In photos from fans, the Big Hit Entertainment member clearly wanted to ride on the hind part of the costume, but could never muster enough the courage to do so. However, it didn’t stop his group member Jimin, who was later seen riding on Eunkwang‘s back side at the event. 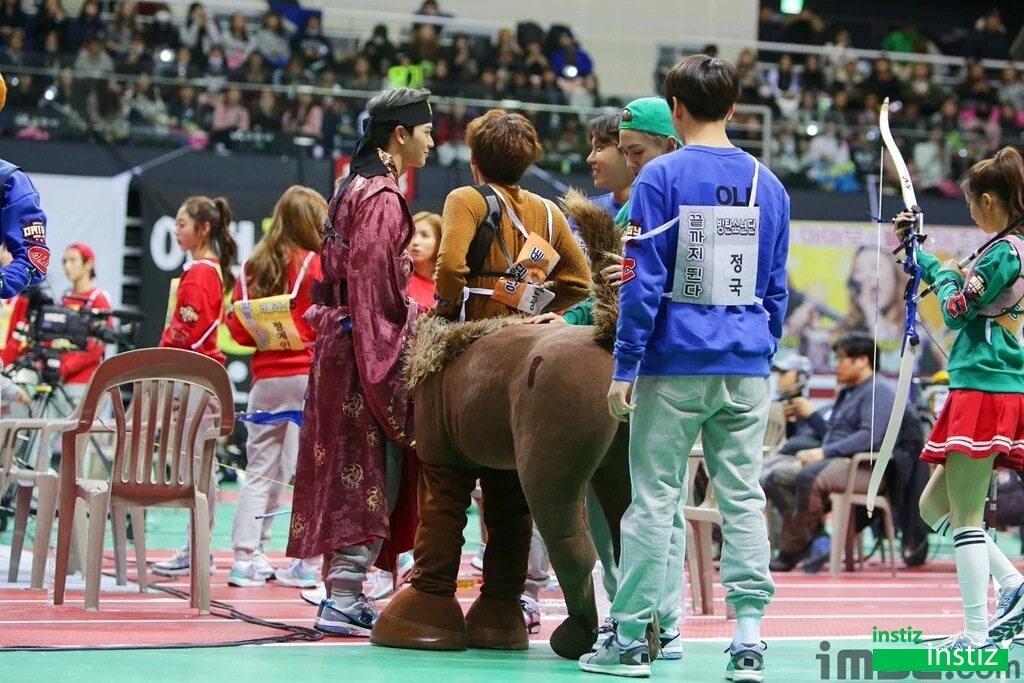 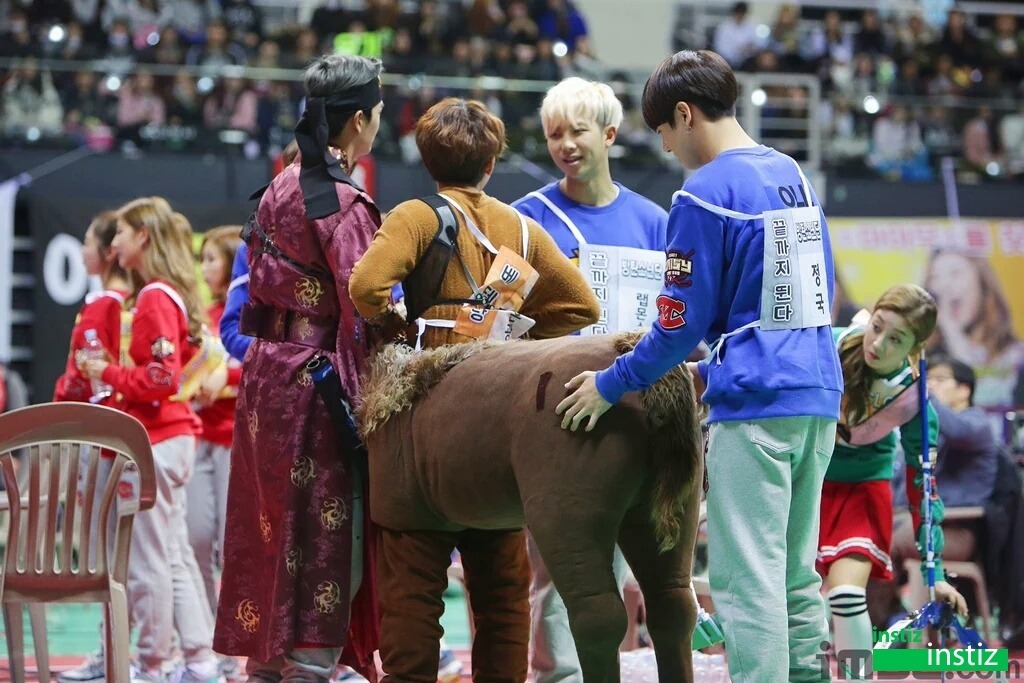