Former Girls’ Generation member Jessica has graced the cover of Chinese magazine eyemag in their summer issue as the publication unveiled teasers on their official Facebook page.

Along with the strap line “The Prettiest Jessica Jung” on the cover, Jessica can be seen wearing a chic teal dress looking straight into the camera – cementing her title as the ‘Ice Princess’ with her strong gaze. A second image was also released, this time in black and white, with Jessica adorning eyewear from her own brand BLANC & ECLARE.

In addition to the teaser images, eyemag also revealed a small preview of Jessica’s in-depth feature, describing her as “brave and courageous” in pursuing her dreams as a designer despite the obstacles she has faced along the way, including her sudden dismissal from the group. “Even when surrounded by the numerous doubts and suspicions of others, she still gathered her courage and stood by her own aspirations to continue with the path that is hers.”

Photographed by Eric Guillemain and styled by Melina Chen, make sure to grab a copy of the summer issue of eyemag for Jessica’s full pictorial. Meanwhile, here are some out takes! 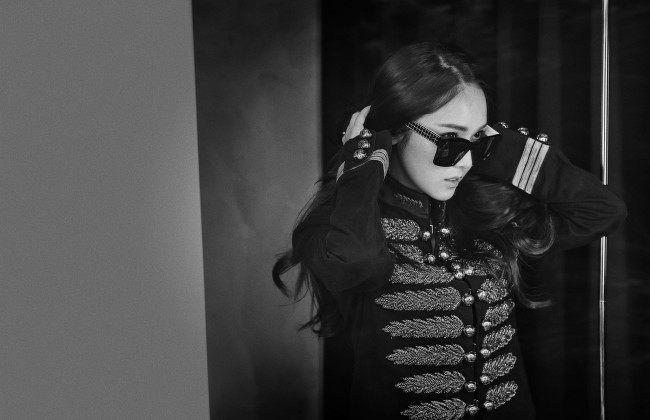