With bright smiles, the men show off their capabilities of being a father while holding a baby in their arms. To resemble the purity of fatherhood, each idol and actor dresses in white colors as they embrace the babies.

Recently, idol group WINNER had received the award Best New Artist during the 2014 MAMA awards. They have also released a mysterious teaser image which hinted for a prospective comeback in the near future. 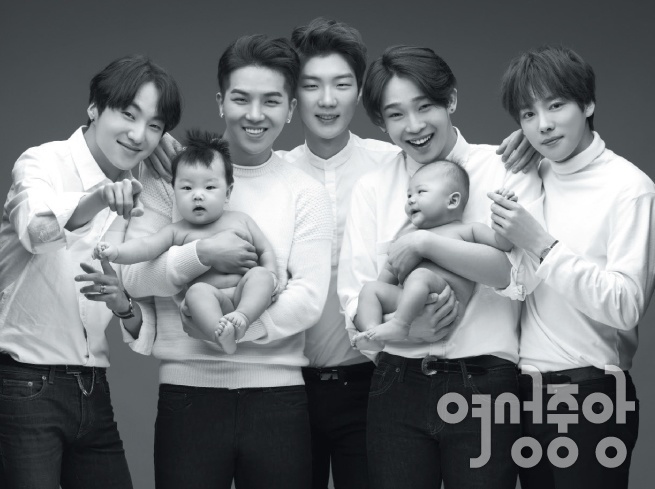