Released on June 30th, the teaser reveals all eight members as they wear comfortable summer clothings and sitting on the edge of the sea on a surfboard.

SM Entertainment revealed, “On July 7th at 10pm KST, the single ‘PARTY’ will be released. Since last year in February with their 4th studio album ‘Mr.Mr,” they will return to the stage in Korea after a year and six months.”

Girls’ Generation is planning to return with three title tracks this summer, each highlighting a different color of the group, “PARTY,” “Lion Heart,” and “You Think.”

The single “PARTY” is said to be a dance track that goes well with the summer with its music video shot in Koh Samui in Thailand in June. It will also include the B-side track “Check.”

“PARTY” will be released ahead of their full album. 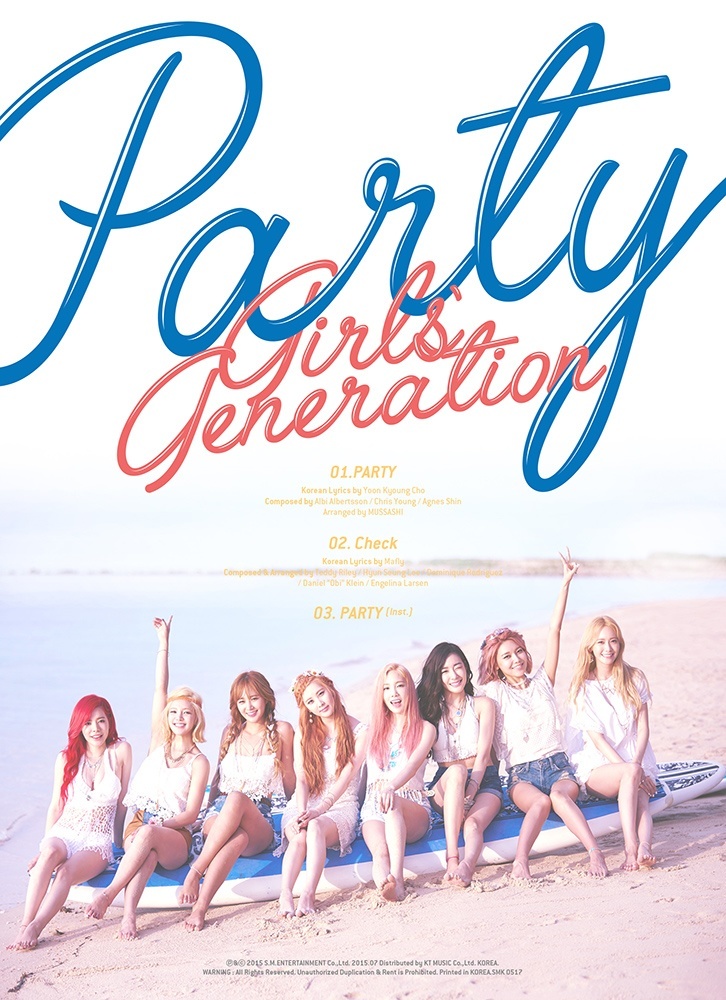