The group IOI made a comeback with their song “Crush” and recently released their music video. Although there were already controversies regarding members Kim Sohye for alleged ‘iljin’ or bully rumors and member Yoo Yeonjung for alleged rude behavior and greed for center position, they successfully made their comeback. But is there mismanagement of the group even after their debut?

Titled “Shocking IOI Naver Profile,” here is the direct translation of the post and comments below.

“Look at this profile picture for IOI on Naver.

– You can’t even see Choi Yoojung

– The biggest problem is that Yoo Yeonjung is in the center. 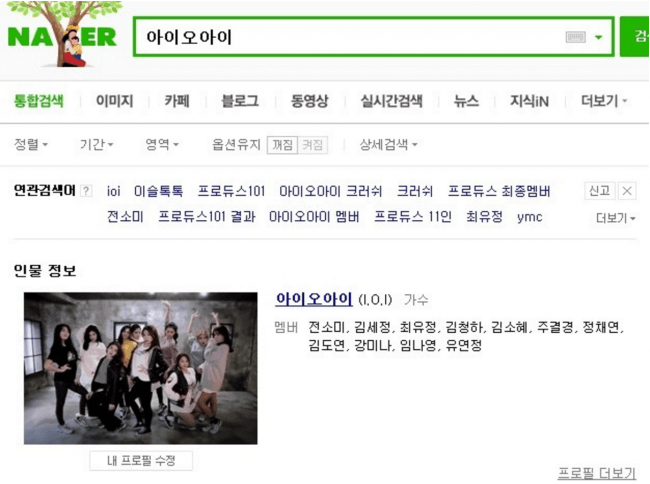 This is the BIGGEST freaking crisis as a whole.”

[ +85 / -2] I know Yoo Yeonjung is one problem but how could they leave Choi Yoojung out? They are treating this group like sh*t