Male group VIXX is known for their impressive dancing ability, and it seems that they’re so good that even other idol groups can’t help but stare.

BTS members V and J-Hope have been gaining a lot of attention after they were seen visibly impressed by the dancing abilities of fellow idol group VIXX. While they were seated near the stage during VIXX’s performance, the two Big Hit Entertainment singers couldn’t help but to stare with their mouths open at VIXX’s incredible dancing.

Fans left their responses on the original Pann post, where many found their actions to be cute and genuine. The boys were even seen trying to follow along with the choreography.

[+ 239, -4] He looks so serious even when he’s copying their choreography ㅋㅋㅋㅋ 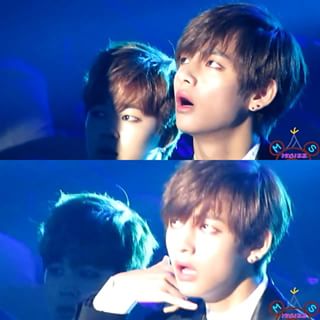 [+ 179, – 2] He looked so pretty until VIXX got on stage and he turned all serious and shocked ㅋㅋㅋㅋ so cute