Although there is the popular belief that people want to become celebrities just for the fun and fame, AOA‘s Chanmi revealed that she had a different reason for her career path.

On a recent broadcast, the FNC Entertainment singer had a face to face conversation with her mother, where she revealed her reason for becoming a celebrity. The AOA maknae revealed that she decided on her career path in order to help provide for her family, explaining that she felt she needed to help her family out with their financial situation. The singer has gained a lot of praise from netizens after revealing her secret to her mother and viewers of the broadcast. A translation of the singer’s explanation to her mother can be found below: 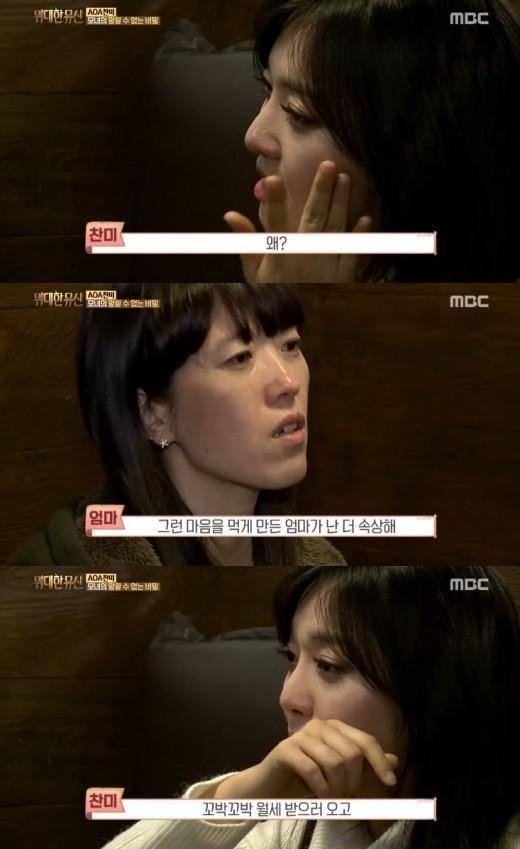 “The reason I wanted to start making money early was because you would work from early morning to late at night without a house to call your own. After you paid the rent and our school fees, we’d have no money left and I hated that. The reason I decided to try and become a celebrity was because I thought it would be able to help provide an environment for me to make money faster. People think that it’s easy to be a star and wear pretty clothes, and I thought that it would be easy make money if you did well after debuting. I never realize until now that this isn’t something you can do forever.”

[+ 245, – 15] Chanmi always looked so bright so I didn’t know she had such pain inside. She is so kind and mature that she’s a maknae but sometimes looks like the leader.

[+ 216, – 9] I heard despite having to raise 3 daughters by herself Chanmi’s mom even takes care of run away children. I hope Chanmi becomes a really big star.