After watching Abnormal Summit‘s Saudi Arabian representative talk about his house back in his home country, it was discovered that he had lied about its existence. When talking about his home, the Saudi Arabian representative held up a photo of a large house, leaving many stunned and impressed. After some research, however, it was discovered that the photo was actually of a property in Florida. 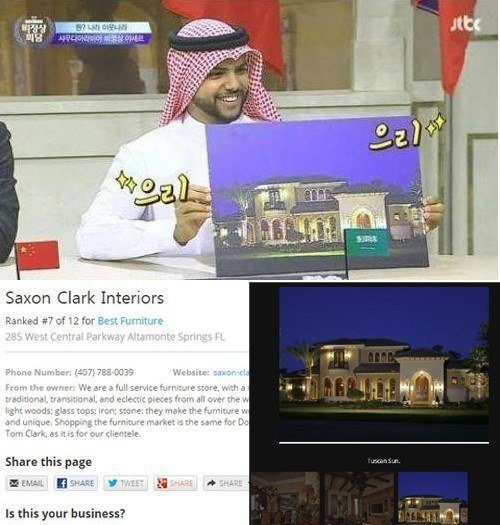 [+ 550, – 35] You people really don’t know broadcast….you think he lied on his own??? The writers probably looked up that picture and asked him to lie to turn him into such a character. There is no reality in variety shows only fabricated lies at the hands of writers.

IVE’s Wonyoung Goes Viral For Her Professionalism On Stage